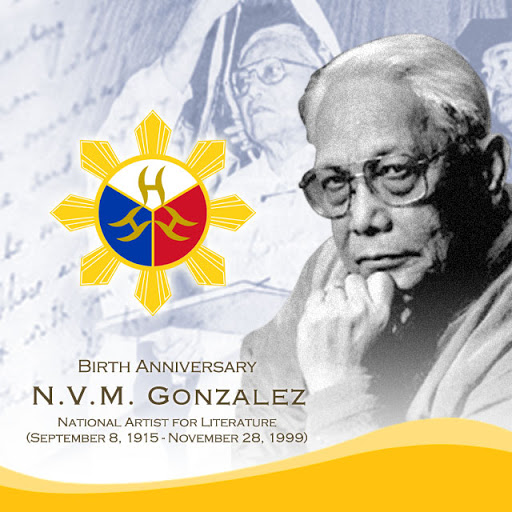 Nestor Vicente Madali Gonzalez, better known as N.V.M. Gonzalez, fictionist, essayist, poet, and teacher, articulated the Filipino spirit in rural, urban landscapes. Among the many recognitions, he won the First Commonwealth Literary Contest in 1940, received the Republic Cultural Heritage Award in 1960 and the Gawad CCP Para sa Sining in 1990. The awards attest to his triumph in appropriating the English language to express, reflect and shape Philippine culture and Philippine sensibility. He became U.P.’s International-Writer-In-Residence and a member of the Board of Advisers of the U.P. Creative Writing Center. In 1987, U.P. conferred on him the Doctor of Humane Letters, honoris causa, its highest academic recognition.