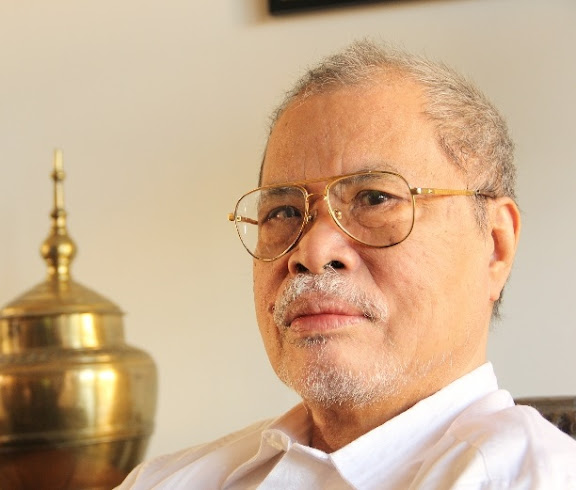 Cirilo F. Bautista is a poet, fictionist and essayist with exceptional achievements and significant contributions to the development of the country’s literary arts. He is acknowledged by peers and critics, and the nation at large as the foremost writer of his generation.

Throughout his career that spans more than four decades, he has established a reputation for fine and profound artistry; his books, lectures, poetry readings and creative writing workshops continue to influence his peers and generations of young writers.

As a way of bringing poetry and fiction closer to the people who otherwise would not have the opportunity to develop their creative talent, Bautista has been holding regular funded and unfunded workshops throughout the country. In his campus lecture circuits, Bautista has updated students and student-writers on literary developments and techniques.

As a teacher of literature, Bautista has realized that the classroom is an important training ground for Filipino writers. In De La Salle University, he was instrumental in the formation of the Bienvenido Santos Creative Writing Center. He was also the moving spirit behind the founding of the Philippine Literary Arts Council in 1981, the Iligan National Writers Workshop in 1993, and the Baguio Writers Group.

Thus, Bautista continues to contribute to the development of Philippine literature: as a writer, through his significant body of works; as a teacher, through his discovery and encouragement of young writers in workshops and lectures; and as a critic, through his essays that provide insights into the craft of writing and correctives to misconceptions about art.